After Haryana, SAD set to enter electoral politics in UP and Rajasthan – Sukhbir Badal. 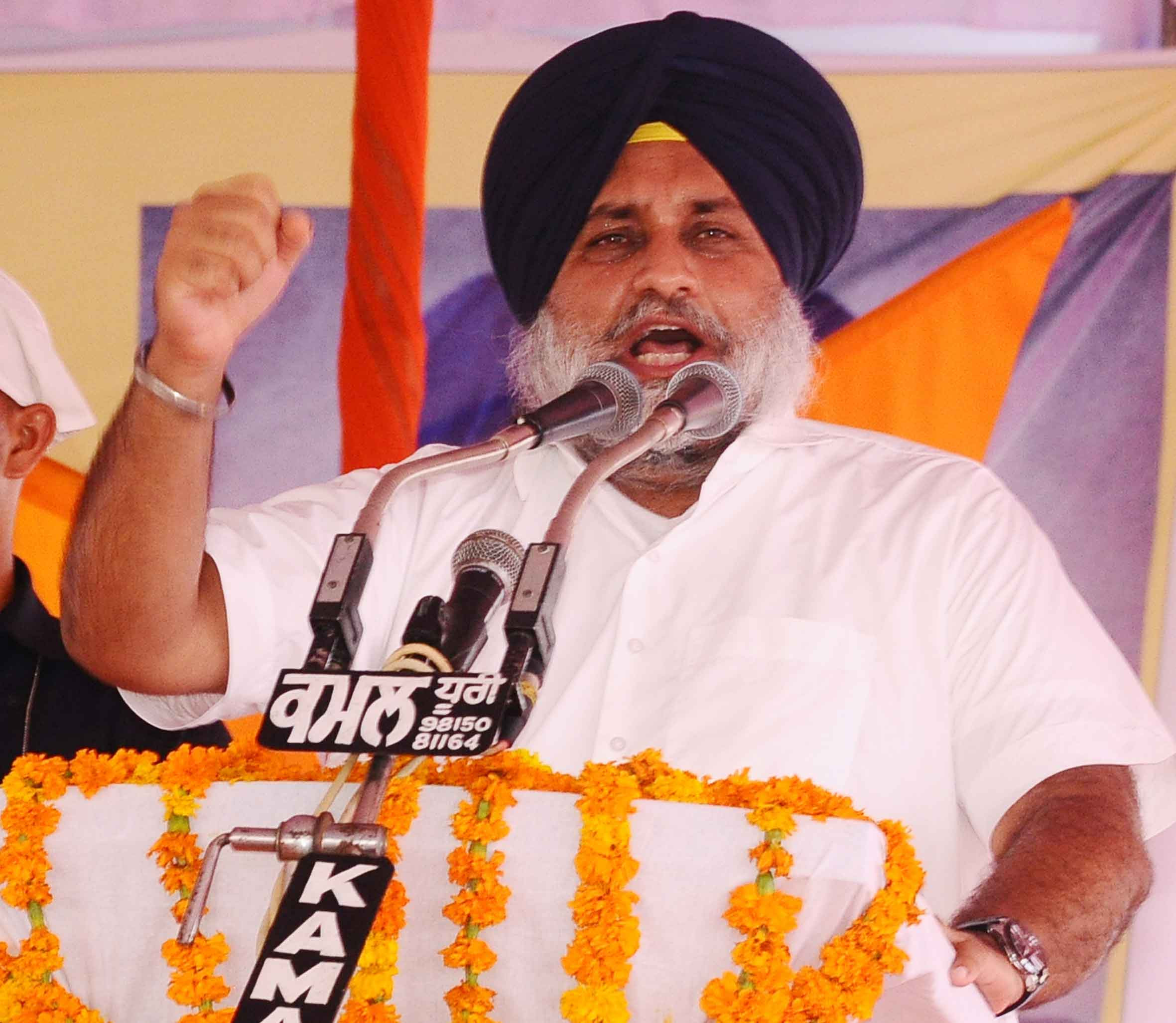 Longowal (Sangrur), August 20 – Shiromani Akali Dal (SAD) president Sukhbir Singh Badal today said after Haryana, the party was now preparing to enter electoral politics in Uttar Pradesh and Rajasthan even as he appealed to Sikhs nationwide to unite under the banner of the SAD.

Addressing a huge conference here to pay tributes to Sant Harchand Singh Longowal on his death anniversary here, the SAD president said the party was following in the footsteps of Sant Longowal by taking up issues of the community and working to resolve them, be it in Punjab, Jammu and Kashmir or Shillong. He paid rich tributes to Sant Longowal on the occasion and asserted that the Gandhi family betrayed him and the accord he had signed which resulted in his martyrdom. “We should now work to fulfill Sant ji’s dream of a Congress Mukt country”, he added.

Mr Badal also paid rich tributes to former Prime Minister Atal Behari Vajpayee on the occasion, saying the former PM commanded the love and respect of the people. Stating that Mr Vajpayee never discriminated against anyone in the name of caste, religion or State, he said the former PM was a true friend of Punjab and Punjabis.

The SAD president also led a blistering attack on chief minister Capt Amarinder Singh and the Congress government on the occasion. He said what results Punjabis could expect from a chief minister who had taken a false vow on the Gutka Sahab. He said Capt Amarinder was so desperate to seize power in the run up to the 2017 assembly elections that he promised everything be it complete loan waiver of Rs 90,000crore to unemployment dole of Rs 2,500 to ghar ghar naukari but after becoming chief minister he reneged on each and every promise. “Capt Amarinder did not even deem it fit to visit Darbar Sahib for months after becoming the chief minister as part of the shukrana ritual, forget going to any village to meet and interact with the people”.

Mr Badal also spoke at length about the conspiracy to defame the erstwhile SAD-BJP government, saying both the Congress and the Aam Aadmi Party (AAP) ganged up to give a bad name to the SAD by accusing it of being behind incidents of sacrilege. He said people had now seen through this conspiracy and were realizing that the Congress party had teamed up with the bogus Jathedars camped in Bargari to divide the Sikh community.

Speaking about AAP, Mr Badal said it was strange that disgruntled leader Sukhpal Khaira was now finding faults in AAP Convener Arvind Kejriwal. “Earlier when Khaira was leader of opposition he found Khaira to be the most ideal leader”. He said similarly now Khaira was accusing AAP of selling tickets during the 2017 elections but had not raised his voice against this earlier. He said Khaira was the same person who had earlier sucked up to the Gandhi family and defended it stoutly despite its grave involvement in the 1984 massacre of Sikhs in Delhi.

Mr Badal said the less said about AAP leader Bhagwant Mann the better. “Mann’s credibility has touched such a low that no one wants to sit beside him in parliament as he is always reeking of alcohol”, he added.

Senior leader Sukhdev Singh Dhindsa spoke about how Sant Longowal led the SAD to protest against imposition of emergency as well as leading the fight to safeguard the waters of Punjab during the Dharamyudh morcha in Kapuri. Senior leader Prem Singh Chandumajra disclosed how Sant Longowal empowered youth by forming the Youth Akali Dal and how he formed separate dalit and Istri Akali Dal wings. 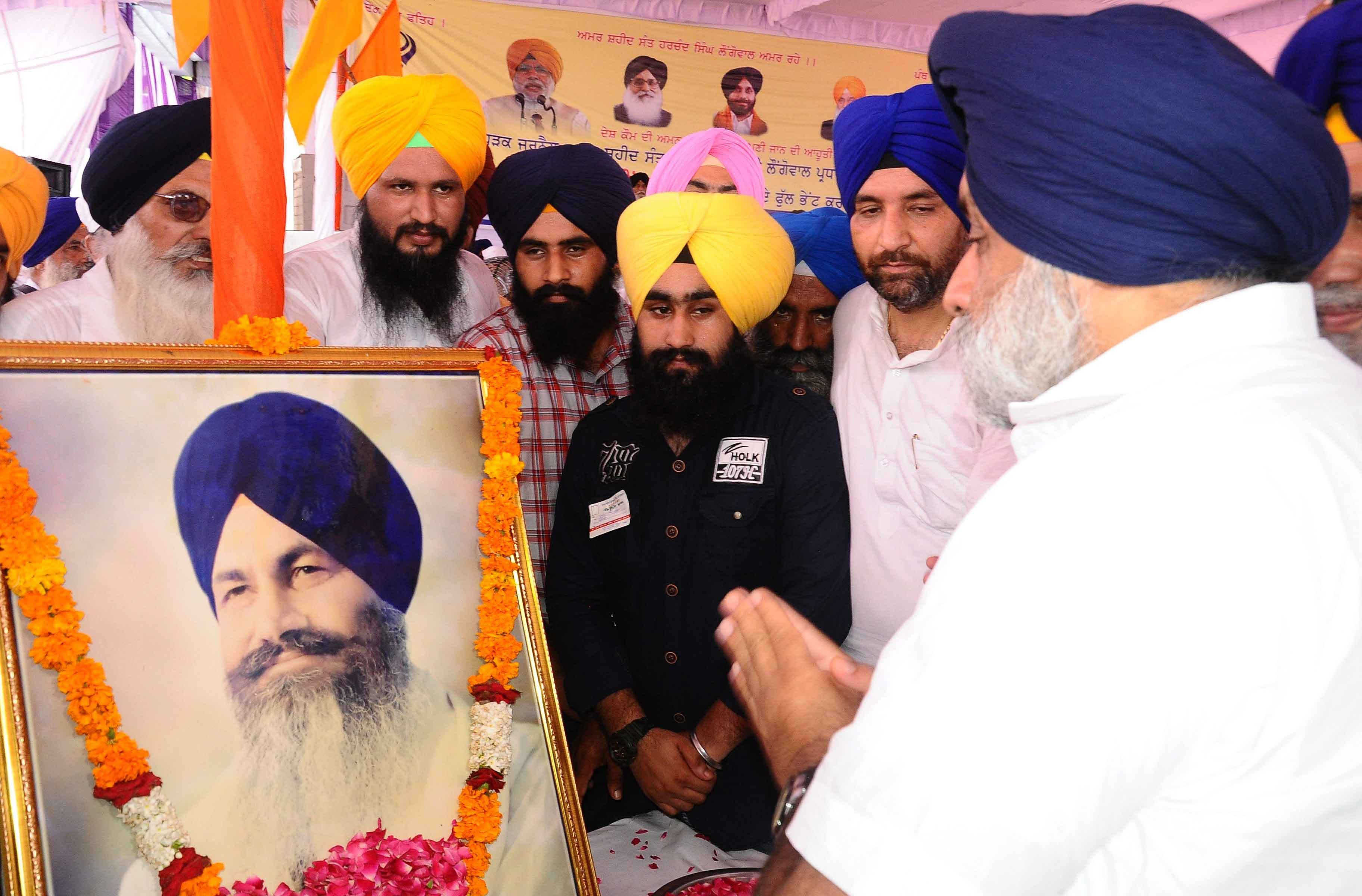 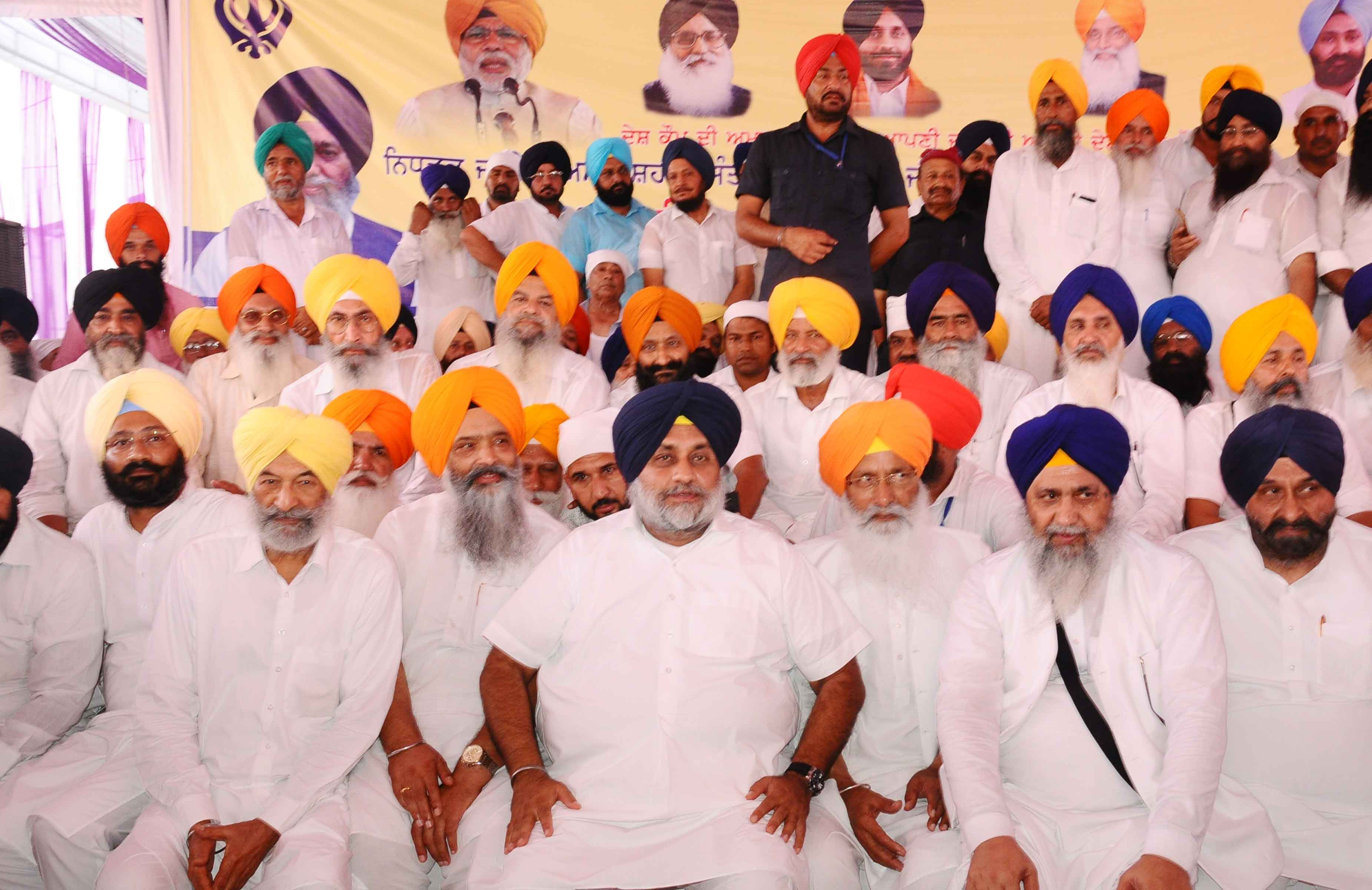 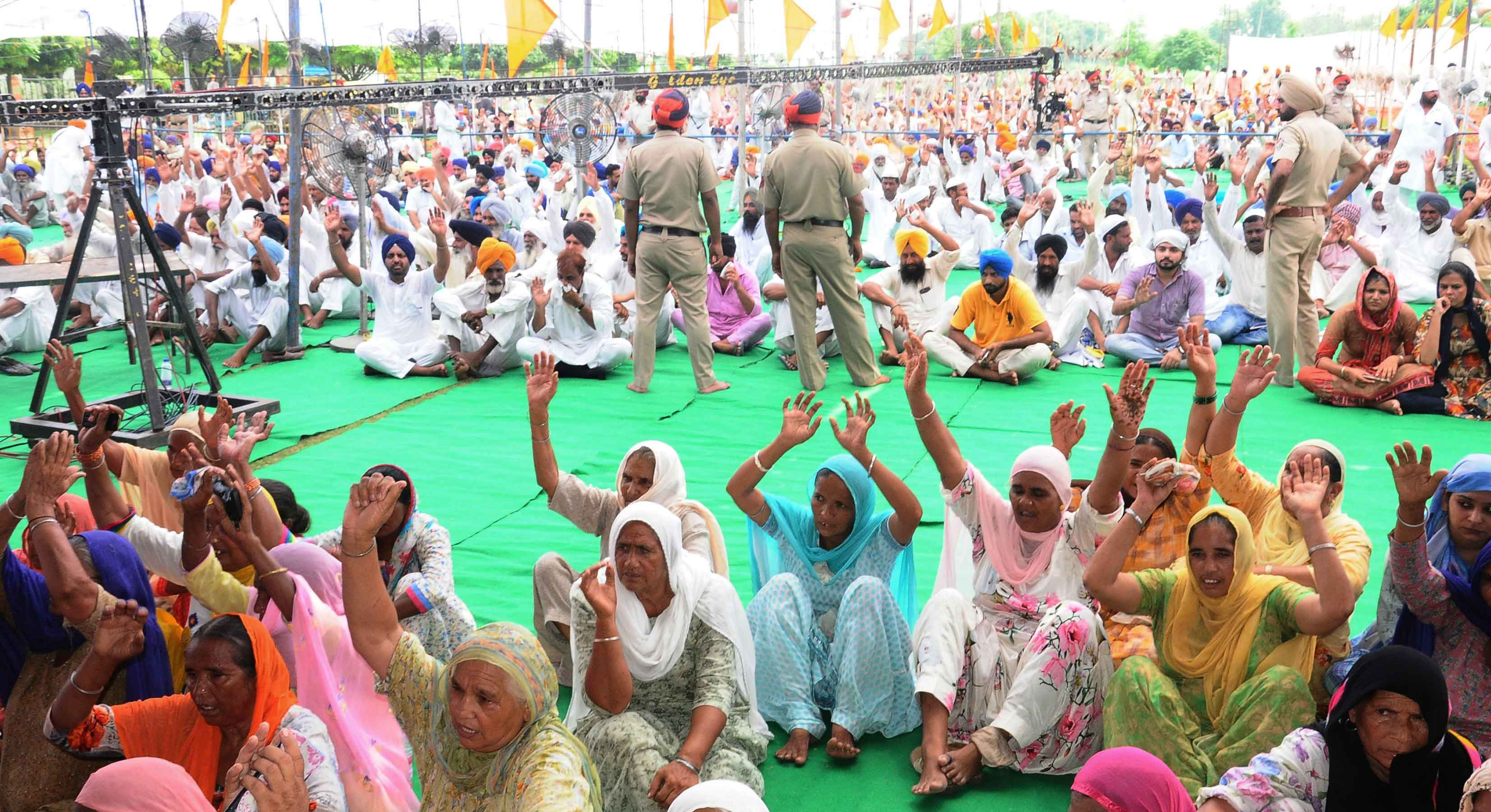 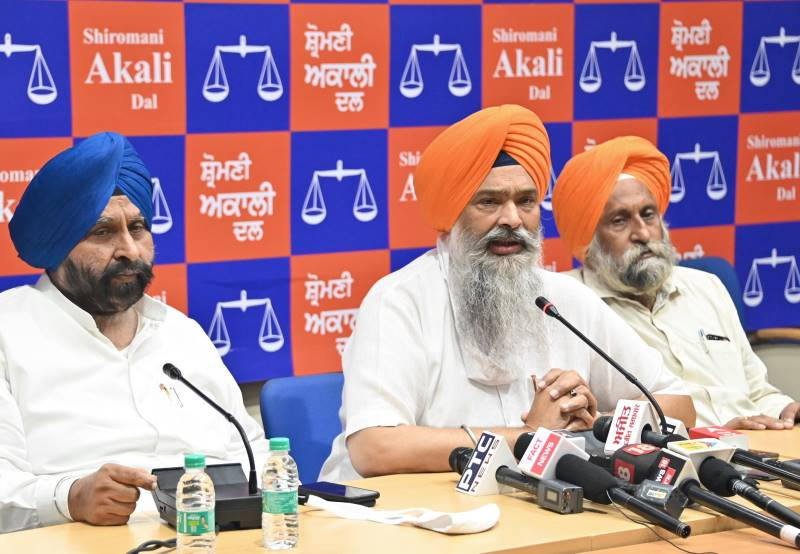 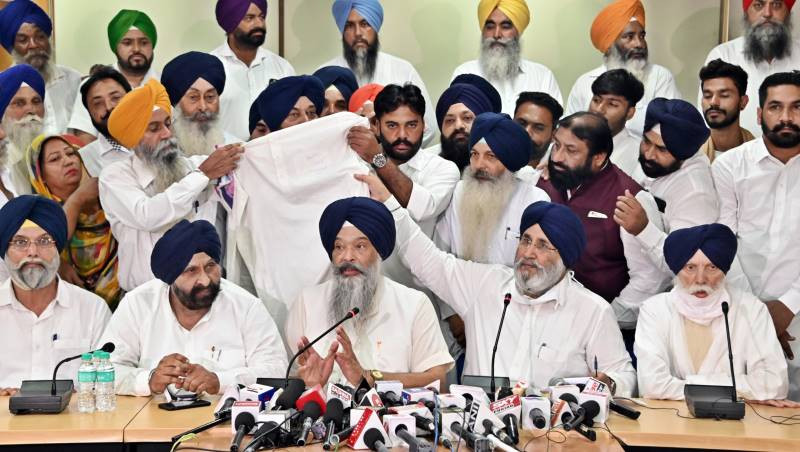 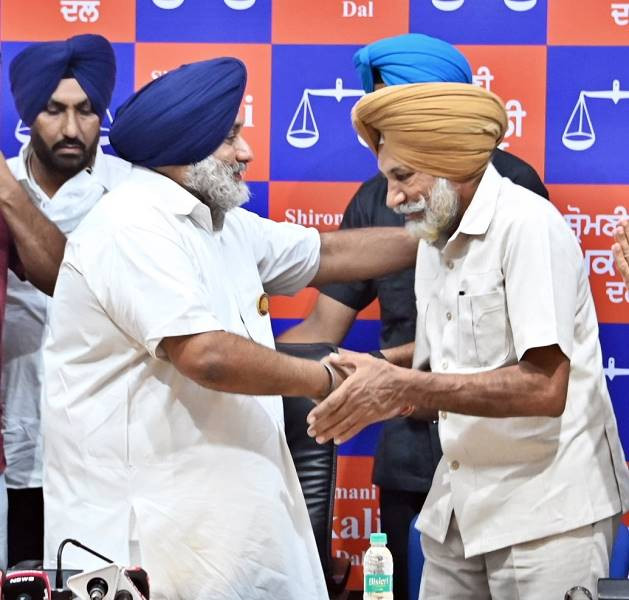 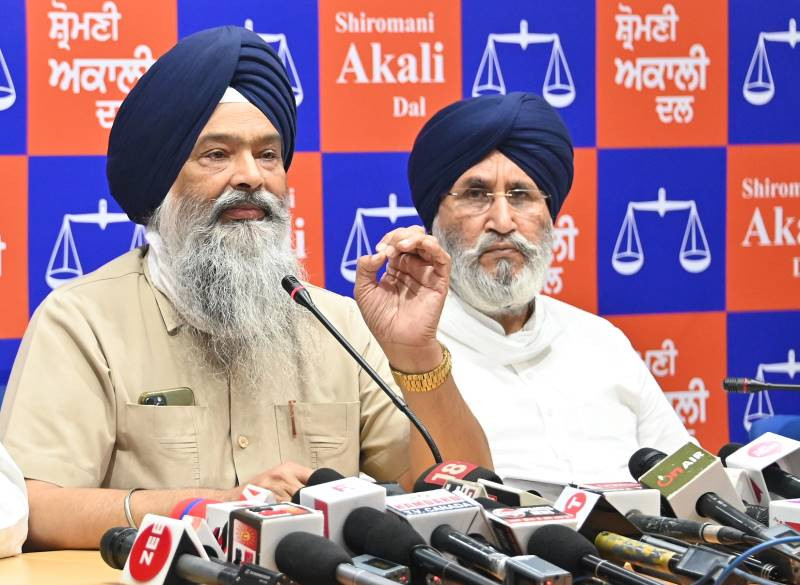