﻿WITH 'UNIFIED VOICE OF PUNJAB'

TO ENSURE NO ONE SLEEPS EMPTY STOMACH

﻿TO EVERY CITIZEN IN PUNJAB﻿

Says entire scheme had makings of a massive scam and demanded an independent probe into it(Condemns disrespect shown to Panj Pyaras )Chandigarh, January 27 – Senior Shiromani Akali Dal (SAD) leader Bikram Singh today said the Aam Aadmi Party (AAP) government was playing with the lives of people by diverting primary health services from 50 per cent of the State’s population to indulge in a PR exercise to revive the party’s sinking ship in Punjab.Addressing a press conference here, Mr Bikram Majithia said the entire exercise had the makings of a massive scam and demanded an independent probe into the issue. He also disclosed that the SAD would approach Punjab Governor Banwarilal Purohit soon and urge him to order a probe into the scam, besides directing the Aam Aadmi Party not to use government schemes to project itself.The SAD leader also registered a strong protest at the manner in which the names of five satellite centres established in the memory of the Panj Pyaras in 1999 during the 300th anniversary celebrations of the birth of the Khalsa by former chief minister Parkash Singh Badal, had been defaced by putting chief minister Bhagwant Mann’s picture along with the nomenclatural of Aam Aadmi Clinic. He said even after strong protests registered by the sangat, the AAP government had only added the names of the Panj Pyaras in a strip with the focus still remaining on the chief minister‘s picture.Launching a frontal attack on AAP convener Arvind Kejriwal, Mr Majithia said the former had announced in 2019 that AAP did not believe in changing names but in making lives better. “However in Punjab, the party is doing the opposite. It first turned hundred Seva Kendra buildings into Mohalla Clinics. Now it has turned 500 primary health Centre buildings into Aam Aadmi Clinics. Asserting that public money had been needlessly wasted in this process, Mr Majithia said it was shocking that the government wanted to spend Rs.30 crore on publicising the project for which it had spent only Rs.10 crore.Mr Majithia also detailed how former health secretary Ajay Sharma, who had protested against this advertisement spend which envisaged advertising the scheme even in Tamil Nadu, had been shunted out of the health department. He also gave the example of how Aam Aadmi Clinics were being established in unsafe buildings while disclosing how a PHC established by former chief minister. Ram Kishen in 1966 had been turned into an Aam Aadmi  Clinic.Asserting that the health sector had been adversely affected by this move, Mr Majithia said as many as 540 rural dispensaries had been shut affecting health care in 6000 villages. He said around 1200 rural pharmacists and doctors Hhad been affected and contractual staff, who had not received any hike since years, were on strike. He said all this was happening at a time when hospitals in Punjab were facing shortage of medicines and even syringes. He also condemned the AAP government for ending the free healthcare facility provided to cancer and hepatitis - c patients.Asserting that the AAP government did not have the interest of Punjabis at heart, Mr Majithia said “clinicshave been opened to showcase the scheme to woo voters in other states by painting a larger-than-life image of the scheme when the reality was that it was simply a paint job
Read More >

Panthik Advisory Board says Ram Raheem should be shifted to non- BJP State like West BengalChandigarh, January 24 – The Shiromani Akali Dal (SAD) today condemned the misuse of the parole facility extended to Gurmeet Ram Rahim even as it termed the invitation given to the convicted rapist to attend a state-level function by the Haryana government as a challenge to the judicial process.The SAD Panthik Advisory Board, whose meeting continued late last evening, said the manner in which top functionaries of the Haryana government were honouring Ram Rahim had sent a wrong message to civil society. “It does not behove state government functionaries like officer on special duty to Chief Minister and a BJP MP  to extend invitations to a rapist and murderer for state-level functions”. It noted that this practically amounted to contempt of court.The Advisory Board meeting, which was presided over by SAD President Sukhbir Singh Badal, noted that even though criminal cases were still pending against Ram Rahim, the Haryana government was treating him as a VVIP and extending its full support to him. “In such a scenario, the convict is  likely to influence witnesses in cases registered against him. Keeping all these issues in mind, Ram Rahim should be shifted to a non-BJP state far from north India like West Bengal”, it noted.The Board also took note that the signature campaign initiated by the Shiromani Gurudwara Parbandhak Committee (SGPC) to secure the release of the Bandi Singhs was receiving a huge response. It said Sikhs were perturbed that Ram Raheem was getting repeated paroles but Sikh detainees were being held without facility of parole since 28 years. SGPC president Harjinder Singh Dhami disclosed  that the institution had already collected 12 lakh signatures and that it was likely to collect 25 lakh signatures expressing solidarity with the Bandi Singh’s and demanding their release. He said the campaign would be made more broad-based in the coming days by approaching people from all sections of society, both in rural and urban areas.The Board also took note that attempts were being made to change the norms for recognising minorities. It said if this was done, Sikhs would not be able to avail reservation under minority status in institutions in Punjab besides various government schemes which would affect the community adversely. It decided to form a panel to address this issue.The Board also unanimously passed a resolution condemning the attack on SGPC President H S Dhami, asserting this was part of a conspiracy to weaken the Sikh institution. Board members who attended the meeting included Balwinder Singh Bhunder, Prof. Prem Singh Chandumajra, Parmjit Singh Sarna, Gobind Singh Longowal, Gulzar Singh Ranike, Dr. Daljit Singh Cheema (Member Secretary), Alwinderpal Singh Pakhoke, Prof. Virsa Singh Valtoha, Bhai Manjit Singh, Bhai Ram Singh, Gurcharan Singh Grewal, Rajinder Singh Mehta, Amarjit Singh Chawla, Karnail Singh Peermohamed, Bib Kiranjot Kaur, Bibi Harjinder Kaur Chandigarh, Ranjit Kaur Delhi, Baba Buta Singh, Jagjit Singh Talwandi, Pritpal Singh Pali and Baba Tek Singh Dhanula.
Read More >

Sukhbir Singh Badal (born July 9, 1962) has been the President of Shiromani Akali Dal since 2008.  He led the political command of Punjab as the Deputy Chief Minister from 2009 to 2017.

Sukhbir Singh Badal is the youngest person ever to become the President of Shiromani Akali Dal (SAD). Perseverance, consistent hard work and leadership acumen has elevated him to this coveted position.

Sukhbir Singh Badal instigated several initiatives in the public interest during the party tenure. He infused a new lease of life in the organizational structure by spreading its

Shiromani Akali Dal has a well defined organisational structure with representation to all sections of society. Veteran leaders, who fought shoulder to shoulder with S. Parkash Singh Badal for the rights of the Punjabis, hold key positions in the party. The young and dynamic leaders in the party work closely with them to implement Akali Dal's core values while keeping in mind party’s main motto - Sarbat Da Bhala. 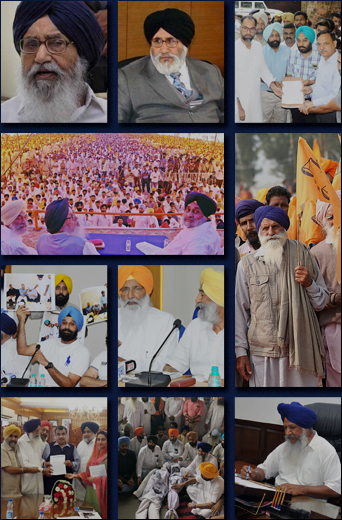 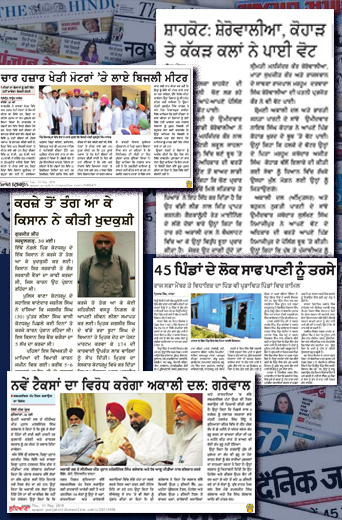 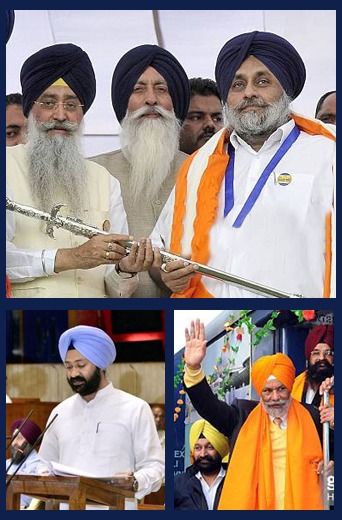 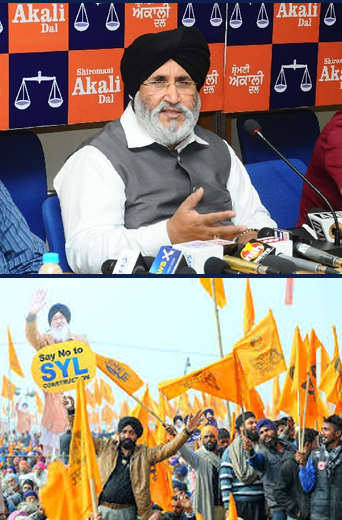